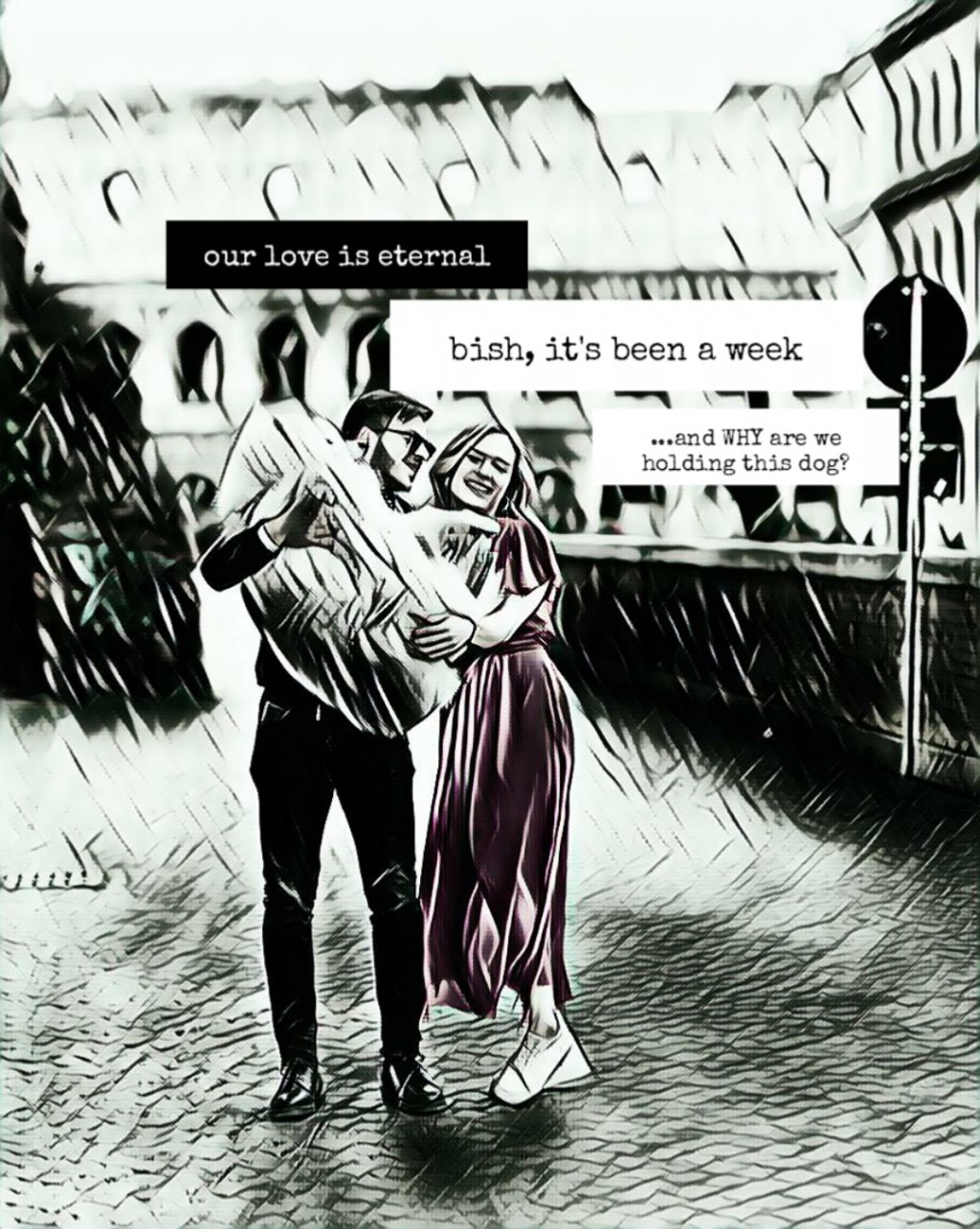 If you’re reading this, you know that dating is a hot mess.

Like, I feel confident likening dating to a steaming hot dumpster fire that married an even hotter, steamier dumpster fire, and then they produced an entire family of dumpster fires.

The days of having a meet-cute in some supermarket aisle/bowling alley/airport lounge, blushing and hair-flipping while some dimpled cutie strikes up a conversation that somehow ends with you both making date night plans are long gone.

Now, your options are limited to the following (very short) list:

3. posting 7000 bikini pics on Tinder and then sitting back, waiting for the love Gods to deliver the love of your life.

Back in the day, meet-cutes were common: you’d make eye contact across some room, shyly flirt, exchange phone numbers, and end up starry-eyed and lovestruck. But, thanks to apps like Tinder, dating has become a scene that’s more Game Of Thrones than When Harry Met Sally; if you’re not prepared to sacrifice your kingdom for a second date, you’re screwed.

We long ago accepted that we can never go back to our innocent youth…back to the days when we’d discreetly pass do-you-like-me-yes-or-no notes in the hall and then prayed that the note came back with a resounding check in the “yes” box. Today, it’s no longer a matter of exchanging phone numbers and expecting a call; it’s a matter of spending hours in front a computer, Photoshopping the hell out of your profile pic, and wondering if your profile makes you sound desperate.

As 40-somethings, we expect a certain level of romance when it comes to potential suitors, but since dating has become so heavily influenced by the next generation (thank you, Millennials, for Tinder hook-ups, Snapchat dick pics, and eggplant emojis), we’ve learned to move mountains just to maintain our sanity in a dating world that makes being single quite possibly the most appealing thing since avocado toast and ironic band tees.

So, for anyone who wishes to throw themselves into today’s meet market, you only need ask yourself one question: is it worth it to play today’s dating game? Is it worth it to cement yourself into a digital world that distributes nudes and selfies like you used to – pre–LinkedIN – distribute your business card? Or are you perhaps better off going it alone?

The dating world is hardly a fun pastime (don’t @ me, somebody had to say it). But then, maybe sitting home alone watching SNL reruns Saturday night after Saturday night isn’t your cup of tea either.

In the end, you have to figure out on which side of the fence you’d rather be: actively seeking or contentedly avoiding. Whichever side you choose, never forget that you are allowed to be as discerning about dating – and the good and the bad that comes with it – as you want to be, with no apologies to be made for your choices (and hopefully, no regrets).

iThere are no comments

Begin typing your search above and press return to search. Press Esc to cancel.